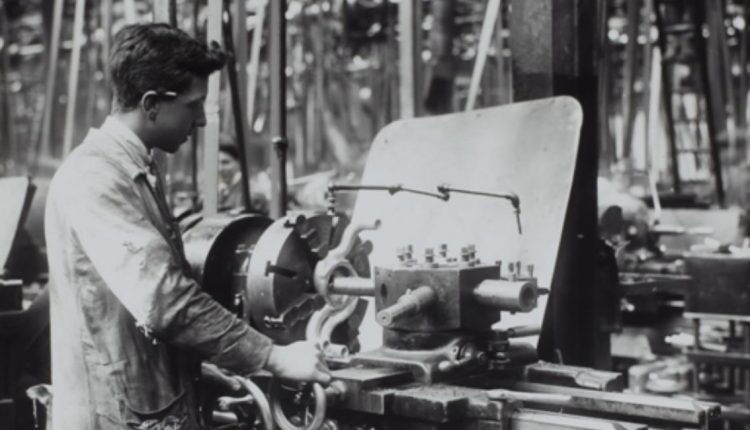 4IR: A New Revolution Has Begun

The 4th Industrial Revolution is the great leap forward that will transform our lives, according to Klaus Schwab, founder and executive chairman of the World Economic Forum. The internet revolutionized the world in the 1990s. The 3rd Industrial Revolution was based on computers, mobile phones and other digital devices, giving rise to tech companies like Microsoft, Google, Apple, Facebook and Amazon. Now a new revolution has begun with far more potential than anything we’ve seen before.

Some people describe it as Industry 4.0 or simply “the fourth industrial revolution”. This time it’s different because it’s bigger (every industry will be impacted), faster (things are changing exponentially) and smarter (artificial intelligence). It is characterized by recent breakthroughs in the fields of robotics, nanotechnology, biotechnology and quantum computing.

The 4th Industrial Revolution will impact all areas of life. It will change the way we live, work, travel and play. Whether you are a professional in a suit and a tie from McDades, or a Youtuber working in slacks, your life will be impacted. Whether you’re a CEO or a Cashier, it would be wise to start preparing yourself mentally for the change. Everyone will be affected.

It is often called the “Industry of Things”, and it’s creating an entirely new economic model based on interconnectivity, data sharing and cyber-physical systems.

Vitalik Buterin, the co-founder of Ethereum, is convinced that there are ‘huge opportunities for people willing to take up the challenge’ to work with blockchain tech in this space. The 4th Industrial Revolution is extremely complex but extremely exciting too.

The following are examples of how it will affect popular industries:

Health care: New treatments will be developed thanks to medical nanorobots, which could be programmed to identify specific cells or molecules linked to illness and release targeted medications inside people’s bodies at a cellular level. Also, 3D-bioprinting could allow doctors to print human organs like hearts or kidneys, reducing waiting time for organ transplants.

Education & training: This revolution may give us access to education anytime, anywhere via virtual reality. This is a vital tool for empowering anyone anywhere in the world to achieve more.

Manufacturing & construction: Factories with smart robots will build almost anything 24/7, which could bring mass unemployment unless people retrain to be creative. In 3D printing, we’ll print everything from food, clothes and electronic devices. Eventually, humans may not need cars anymore as self-driving vehicles will also lead to mass unemployment among truck drivers.

Agriculture & food production: Agriculturally, 4IR will have a chain reaction on almost every aspect of how we grow our food. From cost efficient hydroponics and vertical farming systems to automated harvesting robots and crop seeds engineered with built in fertilizers for maximum yield. You’ll also see novel food and beverage products like lab-grown meat and 3D printed pizza.

Fashion & retail: We’ve already seen what designer Iris van Herpen can do with 3D printing. In the future, we may all be 3D printing our clothes and shoes, bags and accessories as technology progresses at a breakneck speed. Those with old-school tailored suits and custom tie collections would be seen as collectors of valuable goods.

The car industry: Longer term, driverless cars will become part of everyday life as they revolutionize travel and upend centuries old industry norms. In time, it’s possible that humans could even live in self-driving homes – freed from the need to drive ever again.

Tourism: For example, drone technology could be used to custom-design the ultimate holiday or tailor-made package for travellers. You’ll be able to choose your destination, specify what type of experience you are after and then have it delivered to your door.

Entertainment: Virtual reality is expected to explode over the next few years as VR headsets become lighter, cheaper and more commonplace. Augmented Reality (AR is also starting to gain serious momentum. A new generation of games like Pokémon Go will be the catalyst that transforms this from a niche pastime into a full-blown cultural phenomenon.

Energy & transportation: Solar energy is becoming cheaper than coal or oil because of efficiencies made possible by nanotechnology. The cost of electric vehicles is falling quickly because of better batteries that can drive further on one charge thanks to nanomaterials like graphene.

Finance & banking: The digital economy will create greater transparency and trust as blockchain transactions are recorded on a public ledger. In doing so, it renders intermediaries like lawyers or brokers unnecessary for verifying transactions.

Security & defence: The Internet of Things (IoT) creates new security concerns which demand an upgrade from traditional passwords to biometrics like fingerprints, iris scanners and voice recognition. This is necessary because billions of more devices are being connected to the internet every year. Quantum computing could be used for better cybersecurity in detecting hackers early on through better pattern recognition.

What does it mean for you?

The 4th Industrial Revolution will transform our lives in ways we cannot even imagine yet, which could make us healthier, wealthier and happier, but it also comes with challenges that we have to face.

The 4th Industrial Revolution promised many opportunities, but those could be easily outweighed by the risks posed by new technologies. For one, lack of education and training for employees could lead to mass unemployment as robots replace humans in most jobs. Poorly-interfaced smart machines may prevent workers from ever seeing a raise.

As a result, investment in retraining for employees and entrepreneurs must be coupled with strong social safety nets to protect users from losing jobs, income and investments during the ongoing digital transformation. Companies need to quickly develop new business models that do not rely on labour for revenue growth. Governments should provide progressive tax incentives so companies can afford to re-skilling their employees and spend money on research and development. This way, we will all see more benefits than drawbacks resulting from this revolution.

The 4th Industrial Revolution is like no other. It means that the pace of change will speed up faster than ever before and affects everyone, everywhere, regardless of age or background. Opportunities created by this revolution are immense, but so are the challenges we must face to achieve its full potential. Young or old, rich or poor, anyone can get involved and benefit if they start preparing for this revolution today.

Hassle-Free Tips To Sell Your Property