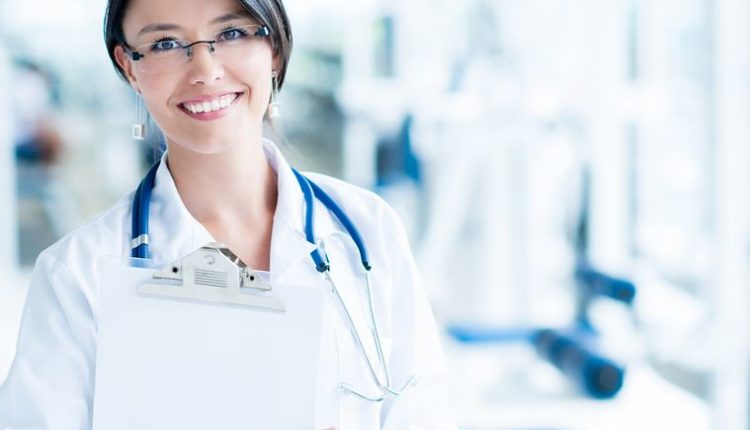 How Is Healthcare Going To Handle Brexit?

How Is Healthcare Going To Handle Brexit? Flickr image

Brexit is dividing not only the EU but also the UK. The First Minister of Scotland, Nicola Sturgeon, has already made it clear that she wishes to run a new independence referendum. She wanted to see whether the dramatic Brexit crisis that is going to force the country out of the EU will affect the desire to remain part of the United Kingdom. As far as YouGov polls can see, it seems that the Scots would rather lose their British citizenship than leave the European Union.

In Wales, the independentists are also demanding to free the country from the rule of Westminster, and they’ve gained new followers. New opinion polls in Northern Ireland also suggest that people are keen on reunification if Brexit goes ahead in October.

In short, Brexit is not as much about making Great Britain great again as Brexiters led us to believe. Brexit, as it happens, is going to make Great Britain the smallest it’s been since the Normand kings.

The results were driven by misinformation, political fatigue, and the desire to cut immigration down. Could the UK have avoided the dramatic Brexit referendum? The Brexit vote was a response to a growing dissatisfaction about the country. Unfortunately, misinformation, propaganda and blatant lies have led many Britons to believe that leaving the EU would solve many of our economic, political and cultural problems.

As of today, it seems impossible to reverse the process started by the referendum. Unless political forces can manage to stop Johnson’s government, Brexit appears unavoidable. So we need to ask one of the most critical questions about leaving the EU. Namely, how are we going to survive? Indeed, in a world where parties are fighting for a TV audience, many forget that Brexit could become a matter of life and death. The NHS is already struggling to cope with demand. Social care and healthcare services are stretched to the point of failing. How is the British population going to survive when our doctors are in crisis?

Most of the medications used by British patients are imported from the EU. While the government has already started to work on a contingency plan to avoid a medicine shortage, the effect has, unfortunately, been somewhat unexpected. Pharmacies have already suffered unexpected shortages in connection with the official contingency list. Indeed, Brexit is damaging the UK reputation. Which, in turn, means that EU manufacturers are less eager to export their stocks to the UK.

Additionally, as people are becoming worried about the risk of shortage, many have started stockpiling in an effort to look after their health. Patients are going to the doctor before reaching the end of their previous prescription to be able to renew their stock and hold back some of their medicine ahead of Brexit. For individuals following a long-term treatment, Brexit has become synonymous with Project Fear. Needless to say, the risk of supply disruption is huge. In some cases, stockpiling behaviours has already caused a dramatic disruption in pharmacy supplies. The plans to provide stockpiling facilities across the country has limitations.

Ultimately, there is only so much warehouse space the UK can use. Additionally, storage options need to include facilities such as a pharmacy fridge. Also, an automated shelf life countdown for all medicines, and regular checks to ensure that nothing goes wrong. Technically, even with an anti-shortage contingency plan, the UK will not be able to prevent running out of certain drugs and medicine before new agreements are made.

Do we have enough nurses and doctors?

When was the last time you could book an appointment with your doctor immediately? If you don’t remember, like most of the British population, you’ve had to wait for the next availability. For GPs, patients will have to wait between a few hours to a week. When it comes to scheduled operations, it’s not uncommon to have to delay the surgery by several weeks.

On average, a patient will wait approximately 10 weeks to see a specialist or receive a life-changing operation. Already, the NHS is struggling to keep track of the demand. It’s forcing patients to wait until a member of the medical body is free. In other words, we’ve always known that the NHS needs more doctors and nurses.

However, it’s unlikely that Brexit will improve the situation in any way.

More than 5,000 nurses and midwives from the EU countries have already quit the NHS since the referendum. Most of them made it very clear that Brexit was a trigger for their departure. The number of EU-trained nurses in the NHS has dropped by 13%, which is guaranteed to have severe repercussions on the health of many patients.

As members of the medical profession feel unwelcome as a result of their country of origin. Very few are coming to replace them and stay. The NHS boosts about a 136% increase in the number of nurses and midwives from outside the EU. But any of them have left within the first 6 months as a result of stress and pressure. This is revealing of a significant problem. Staff shortage is not a novelty at the NHS. However as the issue is becoming more significant, the pressure on the remaining staff and students has reached intolerable levels. So, staff shortages can only lead to further staff shortages!

Are waiting rooms doomed to be full post Brexit?

Who’s going to look after our minds?

Brexit is putting a lot of pressure on the healthcare system to handle new challenges. It’s also weighing on our minds. Indeed, the uncertainty of the situation and the chaotic way. It has been managed since the referendum has kept many worrying about the future. There is nothing the public can rely on for reassurance. Even after the Parliament had managed to get a no-deal Brexit off the table, the new government puts no-deal back into the list of options.

For EU citizens living in the UK and British citizens who don’t want to leave the EU, the mental strain is real. Depression and anxiety disorders have been traced back to the referendum. Even those who are keen to leave the EU are worried about the exit. The news fails to deliver anything positive about the negotiations between the UK and the EU.

It means that questions about the cost of living, the rights to live in the UK and to travel to the EU or the employment options are left unanswered. In a climate of fear and uncertainty, the bad impact on our physical health is inevitable. Unfortunately, when the NHS is already struggling to meet patients’ expectations. It’s difficult to see how Brexit-related health worries could receive appropriate attention and treatment.

Will the NHS receive money after Brexit?

Voters remember the buses claiming that voting to leave the EU will get the NHS £350 million a week. Theresa May claimed that the £350 million a week controversy would come true by 2023. It’s important to understand the calculations. Indeed, May’s government announced the NHS budget increase looks strangely like the £39 billion divorce bill (that the UK is committed to paying to the EU).

It seems that the promise budget increase may never reach the NHS. If it does, it’s unlikely to match the infamous Brexit campaign bus claims. The Treasury has confirmed that the NHS budget increase will require a combination of tax rises and economic growth. The figures are not looking positive when it comes to economic growth as the pound has hit a record low with Johnson’s government.

There may still be some budget left for the NHS after Brexit. The real question to ask is whether the UK needed to leave the EU to fund its national healthcare service or not? Experts agree that the budget rise was long overdue and would have occurred regardless of the referendum vote.

In a situation where the NHS is already struggling with staff shortages and a low budget, Brexit appears to be the worst thing that could have happened.

The hostile environment has made it impossible for new professionals to join the NHS. Those who are not worried about the consequences of a no-deal Brexit still needs to manage the increasing demands effectively. Shortage becomes a contagious phenomenon and a self-preservation response to a stressful situation. It appears equally challenging to address the medication shortage. As the geographic and practical limitations make stockpiling challenging.

The real question about the NHS is that it’s impossible to tell whether it can survive Brexit. Brexit, has only managed to expose the many challenges faced by an out-dated and dysfunctioning healthcare system. There is no way the NHS can survive Brexit if we don’t figure out how to address its internal issues. As the country is torn apart between Brexiters and Remainers, there is nobody left who can save the NHS.

Making Your Office Space as Safe as Possible

How to Help Your Business Thrive Online

Why Every Business Should Take SEO Seriously