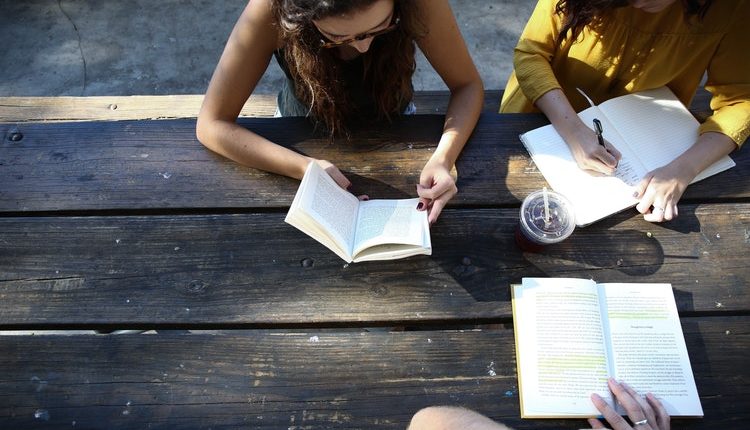 If you are thinking how human resources and scientific thinking are related, I have a story for you. Here you go…

Geert Hofstede dedicated his life to understanding how work environments vary from culture and culture. He is a Dutch sociologist. He is also the person who made the notion of “Power Distance” popular. Yet the interesting thing is that Hofstede didn’t do these with a scientist title… He is actually a former IBM worker! We might even call him a HR person or expert in today’s terms. Let’s take a look at the background of this interesting story then.

Hofstede started working as a manager trainer in IBM at the beginning of 1970’s; shortly founded the Department of Employee Research and then became the head. Thus his career route that started with engineering turned to humanities. IBM was working in a lot of countries then like today. The relation that a company working with many nations builds with its employees was naturally very important.

We know every culture is eventually different. But everyone defends their own culture when it comes to communicating with a person from another culture. They have this idea in their heads even though they don’t put it verbally. This is why Hofstede’s job was very important. Because the mission given to him was to understand how people cooperate and communicate within different cultures.

We are still discovering the answer to this question. Hofstede asked questions to a lot of people – from Europe to America, from Asia to Middle East – to answer this bigger question. He made surveys within IBM; he enriched through evaluations. Over time, he was going to realize the magnitude and the importance of the work he was doing. Because he very quickly managed to create a massive database that is valid for 70 different countries in total.

When he analysed the data of the research, he saw some differences between cultures. He knew this data could be used to increase people’s performance in the workplace and get them to collaborate better. He felt successful conclusions could be drawn from this data; but he had collected more than one hundred thousand results, which was a very high number for that time. This was then one of the biggest databases for behaviour evaluation in the world. It was especially special in that it didn’t only measure a country on its own but also measured countries in comparison to one another. There is still no other research in the world that includes this many countries and focuses on Hofstede’s cultural questions.

Unfortunately as the technology back then didn’t allow processing data digitally, an analysis that would take a couple of days today would take quite a while in the 1970’s. Hofstede was determined to dedicate himself to this cause. He set off to draw meaningful conclusions from this data first with IBM’s support, then on his own. He continued the work that starts with analysing employee data and is done in Human Resources Analytics in companies.

Hofstede’s findings are still indicators today in understanding human behaviour within corporations. It had positive effects especially in our understanding of the differences people show in different company and country cultures

What We have Learned about Culture and Groups: Right Human Resources

So what did Hofstede find? The results of the research showed that analysis based on people was meaningless. It didn’t bring useful results to look at the behaviour of every single person who did the survey individually. Everyone could behave based on different motivations and goals. Everyone could show different expectations and desired. Upon this, Hofstede started looking at things that influenced human groups jointly; that is country cultures. The results he saw were striking.

He decided to analyse and publish the findings in a couple of factors. With this findings of that time, cultural variables could be analysed in four axes. 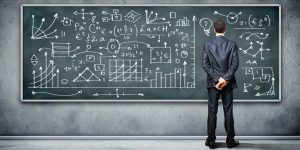 Over the years, Hofstede improved this theory and added two more factors:

Although all of these factors are very important, we will focus on the first three for plainless and their close relation to business life.

Before moving on, it is useful to underline this important point: it is not enough that Human Resources experts and managers of today only know business law; legislations; pay rolls; and rewarding, hiring and firing processes. In this new period ahead of us, HR employees are responsible for correctly interpreting culture, right collaboration and employee behaviour.

The three factors we will mention below need to be well understood and discovered to better analyse group and culture dynamics and to understand corporation culture.

In corporate organizations with high tendency for individuality (and in country cultures that enable this in a more general level), individuals’ rights and desires are of top value. People take or don’t take action based on their own desires. They can choose not to do a work they don’t want to do. The main principle is people’s happiness. The connections among people are relatively weak in communities with high individuality. Everyone is expected to take care of their own business. Individual success (or failure), rather than team success, is valued and rewarded.

The situation is the reverse in societies with collective tendencies. People build stronger connections and cooperation networks in the societies they are born. Rather than individuals shining on their own, it is more important that the team or the company succeeds. There is less freedom than individual structures. People sacrifice their own desires and work for the team or the company when there is a conflict between their own happiness and that of the group’s. In return for this, their feeling of security is higher because there are more people around them that will help should they fall.

For example; United States, Australia and England are societies with the highest individuality. The Netherlands, Belgium, Denmark, France and Sweden follow right after. In a scale where 100 is fully individualistic and 0 is fully collective, all the countries mentioned above are placed between 90 and 70.

Who has the Highest Collectivity?

Top countries with highest collectivity are Pakistan, Indonesia, South Korea, Thailand, Singapore, Columbia, Venezuela and Hong Kong. In the same scale, these counties are located between 0 and 25. As you can see, individuality is not a sign of improvement even though it looks like it at the first glance. Countries like Hong Kong and Singapore prove this with their high economic power and welfare level. Still, there’s a strong and undeniable connection and parallelism between individuality and developed economies. We see this in the prominent individual qualities in their business life performance and their management culture.

This factor is used in many personality inventories. It is an important factor that predicts whether we will be happy and successful in our lives full of difficulties. We all have many ambiguities in both our business and private lives. This is why we avoid taking risks when our tendency of avoiding ambiguity gets high and we cannot evaluate our own potential. The tendency to avoid ambiguity explains how we behave in situations where we cannot foresee results and cannot see a singular and clear truth quickly. In societies where this factor is high, there are stricter rules, laws and security precautions. So it is relatively difficult to see one point from different perspectives.

When low, this factor carries the advantage of freeing the person when learning about and exploring topics he doesn’t know. These people or groups discover more easily.

“Power Distance” undoubtedly has attracted the most attention ever since Geert Hofstede did this research. Because it makes a big difference in understanding and explaining the behaviour of societies or groups. The notion of Power Distance essentially tells this: To what extend do the relatively powerless members of a group (in a family or at a business-place) accept this inequality? The higher the power distance; the more injustice increases and communication decreases in a group, between powerful and weak members.

You can imagine this like: base-top relationships are stronger in societies with higher Power Distance. Obedience is an important value. In contrary societies, General Manager of a company and an Expert can have dinner after work to have a chat and can address each other informally. In societies with low Power Distance, it is easier to oppose an opinion and to make criticism.

For example: Malaysia, Mexico, Philippines, China, Egypt, Iraq, Arab and Lebanon have the highest levels of Power Distance. Their scores are in the 80-100 band. Examples for countries with the lowest Power Distance are Austria, Israel, Finland, Denmark, England, Germany, Sweden and United States of America. Their scores are between 0 and 40.

Which quality defines your company culture? If you were to grade it based on these values, where would you put it on the scale? Whatever your answers are, I invite you to ask these questions more often and think systematically on both company culture and employee life.

As the new age’s Human Resources managers and experts, we have to recognize and understand the factors that play an active role in human behaviour. To do this, it is not enough just to have a university-level knowledge of psychology and to understand what people go through. We have to be able to look at how we behave as teams, groups, companies. Knowing both corporation and country culture requires this. As we better know the cultural qualities of the country we are in, it will be easier to get the employees to feel more comfortable in the work environment and produce more efficient work. Like in any other field, we can move much faster in Human Resources if we have a more holistic and scientific perspective.