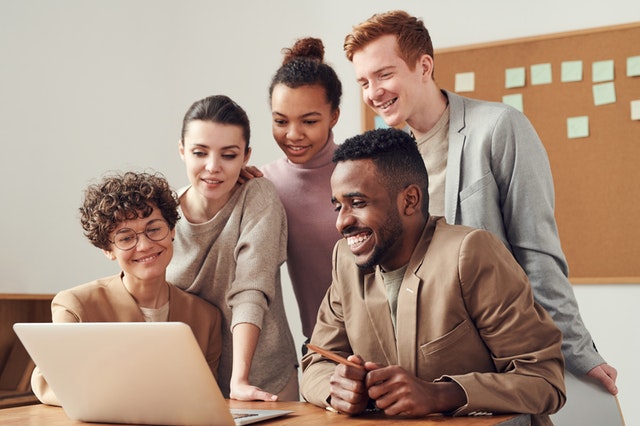 It’s not easy running a company. Even in the best scenarios, it’ll be an uphill battle, one that’ll require a lot of hard work and effort. However, that doesn’t mean that there aren’t things you can do to help yourself. Of course there are! When it comes to building a successful company, it’s a good idea to look at the habits of other successful companies. If you can bring in some of their traits, then it’s possible that you’ll give yourself one of those slight advantages that make success all the more likely.

Below, we’ll run through some of the traits of successful companies that are easiest to incorporate into your own operations.

They Know Who They Are

You can’t expect the public to understand who you are and why you exist if you don’t know yourself. What is it that you offer to the world? What is your USP? All too often, new companies try to fit a model that they think customers will enjoy. But if you don’t have a solid grasp of why you exist, and thus lack a sense of purpose, then it’ll be too easy for your business to blow off course. So spend some time figuring out your identity. It’ll be the guiding light you rely on when it comes to making big decisions.

You might end up where you want to be if you stay in the middle lane, and by that, we mean play things too safe. Any wild success that comes your way will be because of other reasons, such as good fortune, community, things like that. It does happen that way sometimes, but it’s not a recommended approach: it’s too random. The best companies know that they have to take a chance every now and again. You don’t win big just by betting small amounts. At some point, you’ll need to put it all on black. If your idea has been well thought out, then it’ll pay off. Of course, your gambles shouldn’t be “all or nothing.” But if you’re not taking any chances, then it’s unlikely that you’ll be too successful.

They Invest in Staff

You won’t be able to do everything by yourself. At some point, you’ll need to have a team of employees behind you. The difference between the successful and unsuccessful companies is often how they approach their staff. Unsuccessful ones treat their staff as an afterthought, fail to invest in their training, and micromanage projects. Successful companies liberate their workforce by giving employees the tools they need to be the best version of themselves. If you can do that, then you’ll have an environment that really allows your team — and thus your company — to prosper.

They Know What to Outsource

Successful companies understand that they can’t do everything on their own. And this isn’t just because there’s so much to take care of. Often, it’s because the work that needs to be completed is important, and they don’t have the tools or resources to complete it to the level of standard that is required. So what do they do? They outsource. For your financial-related tasks, it’ll be best to hand the work over to an experienced and professional accounting firm, such as Neal Ford Accountants. Other jobs that companies typically outsource include their marketing, and IT needs. Basically, anything that requires technical skills that doesn’t directly contribute to the growth of the company.

They Handle Problems Ahead of Time

Every company in the world faces problems. The thing that sets the best companies apart from the rest is when they handle those problems. Successful ventures solve issues before they have time to have an impact on the company. Unsuccessful companies wait until the problem arrives before handling it, and by that time, it’s often too late. Of course, no one can predict the future. But it can be a good idea to think ahead and try to imagine what could be an issue in the future. Once you know that, you’ll be able to take steps that prevent it from happening.

Finally, successful companies remain agile. It’s dangerous to be locked into one specific way of operating. If it eventually leads you down a dead-end, then you’ll struggle to remain successful. The best companies keep their operations a little more fluid, so they can change course as and when it’s needed. Agility will help you to handle a wide range of changing winds, such as global issues like the coronavirus pandemic.

How to Make Your Next Project Run Smoothly 

Four Proven Strategies for Taking Care of Your Employees