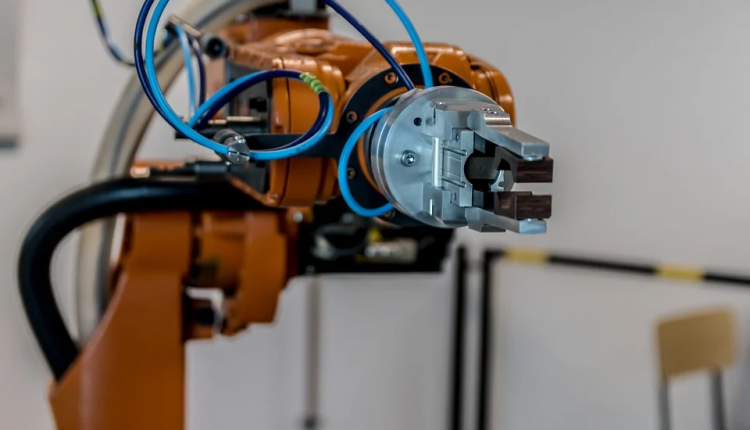 The Need For Industrial Automation Startups In A Post-Pandemic World

The Need For Industrial Automation Startups In A Post-Pandemic World: Pixabay – CC0 License

Even before the outbreak of the coronavirus, industrial companies were taking steps to reduce their reliance on labour. But now that we’re entering a post-pandemic economy. It’s no longer a matter of driving down costs, but rather business survival.

The first inklings of a major catastrophe in the industrial sector began to emerge in January as China entered a protracted lockdown. Major overseas manufacturers, like Hyundai, couldn’t access the parts that they needed from the mainland, forcing them to shutter operations temporarily. As the pandemic spread, a similar pattern emerged across the rest of the world, at high cost.

Had the world automated as much as current technology allows, a different sequence of events would have played out. Companies would have continued to operate their factories using skeleton crews. And governments may not have seen any reason to shut them down at all. They would cease to be potential epicentres.

The need now, though, is for startups that can offer the manufacturing industry the type of plug-and-play solutions that it craves. No doubt, the raw technology exists for a robot revolution in labs around the world; but putting it into action will be a profoundly challenging endeavour. We need smart companies to act today.

Companies Are Already Automating Their Workforces

We shouldn’t despair though, and imagine that game-changing technologies are still many years in the future. They are not. In fact, there are examples of successful automation implemented by startups in a variety of industries and settings already.

For instance, city authorities are using automated robots to continue recycling in New York, despite the lack of workers available for shifts. Typically, recycling sorting requires workers to stand in close proximity to each other while sifting through material, putting them at risk of contracting COVID-19. But robotics systems can effectively do the work while human workers aren’t there, allowing cities to continue processing their waste.

Other companies are actively experimenting with autonomous cleaning robots. AT&T, for instance, now employs a team of Brain Corps’ robots in a variety of retail locations around the country. These devices clean busy areas without relying on human operators. The partnership reports that it has seen an uptick in demand since the start of the pandemic.

Industrial automation was moving forwards in the years before the public health crisis, but the coronavirus is forcing firms to reevaluate their long-term costs. Labour is no longer as attractive as it once was. A future pandemic could cause more downtime.

Creating an industrial automation supply chain will be a challenge, but it is necessary if we are to see companies adopt technology more widely. Tameson is an example of a supplier already supporting the industry, for instance. Analysts, however, predict that more is needed.

Companies that adopt automation technologies will realize long-term savings and fewer disruptions. Robots can’t catch the flu. Cost savings will come from not having to employ human labour to generate output. And this effect could lead to massive falls in product prices across the board once these systems are in place.

Larger firms, however, aren’t going to do this themselves. Instead, they will scour the market looking for startups offering something new and experimental they can try out on a small scale.

A significant number of commentators believe that the trend towards industrial automation will actually undermine firms long-term by ripping the metaphorical rug out from underneath the economy. Getting robots to do everything, they argue, will deprive the economy of opportunities for wage labour and, therefore, demand will tank.

A scenario like this seems highly futuristic, but it could happen in the next twenty years if technology continues to improve apace. Analysts imagine vast numbers of structurally unemployed workers, unable to retrain to earn an income in a growth industry.

Evidence, however, suggests that this course of events is unlikely. If labour does become less attractive than robots, it won’t disappear altogether. Instead, wages will fall until they are once again competitive with the new technology. Furthermore, increased automation will encourage movement out of jobs away from the industrial sector and into places where it can add more value. We could, for instance, see a consumer boom, delivered by having a higher number of people in high-wage, high-skill work.

COVID-19, therefore, is going to accelerate a process that was already underway – the move towards IoT and industry 4.0. We will, however, need a robust startup community to develop key platform solutions that will make it easy for firms to retool and upgrade.

5 Ways To Ensure Your Office Is Well Protected

How To Have An Efficient Warehouse Layout