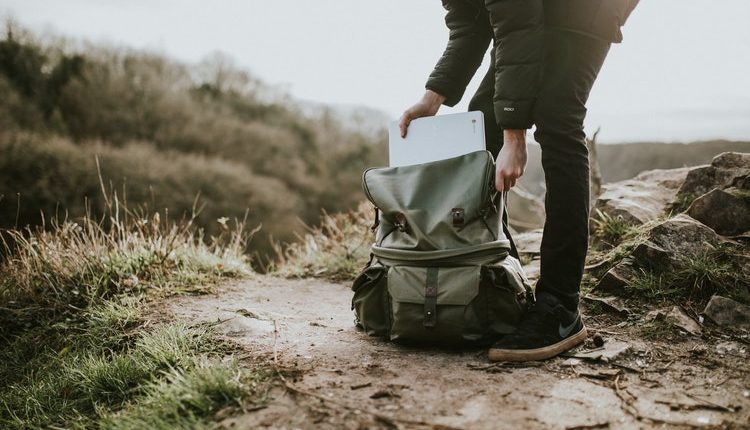 Human Resources Management is much more than just following job applicants, publishing job ads and making job interviews. HR is where the number one factor in a company’s success is managed. So anyone working or planning to work in Human Resources has to be an expert in understanding and recognizing human behaviour.

Human Resources Management and the Future

The term Human Resources, that we find to be very familiar today, sounded pretty unfamiliar until recent past. Today, however, it has become a term we encounter in our daily lives.

Even if you’re not working in HR, you might have worked with or encountered HR as an employee in hiring and performance evaluation processes. As a manager, these encounters might have been in your team management. You might even have an HR friend that you ask to look at your CV or give you advice when changing jobs.

We see Human Resources gradually changing and entering a period in which it will gain a new title with this change. For example we see some new terms like Chief Happiness Officer (CHO) and People Operations in some companies (i.e. Google) instead of Human Resources. Starbucks Partner Operations and AirBnB use the title of Employee Experience. But before looking into the future, let’s look at the past.

Responsibilities of the Human Resources have always been around.

The work that Human Resources does today has existed in every company that produced values through human effort. These responsibilities will continue to exist until the company structure runs without humans and becomes fully automatized. So wherever humans work, there has to be Human Resources. The reason why we sometimes miss on this is that company management or bosses perform these responsibilities in some companies that haven’t reached a certain size.

In many small or medium companies, the responsibility of the management is first to enable company profitability, and second to correctly manage the people who make this profitability possible and sustainable. This includes correct hiring, building good teams, assigning and distributing goals correctly, correct performance management, correct rewarding, and most importantly; reviving and keeping alive the correct company culture. All of these make up the main tasks of a good HR.

In the past, when companies newly started the institutionalization processes, the HR and business (mainly production and sales) continuity responsibilities of the management were parts of a whole. So there wasn’t a unit called HR. Departments such as Payrolling and Vested Benefits, Accounting, and Business Law took on only some parts of these responsibilities.

Then the importance of the human variable in the production process was realised. In growing companies, titles like personnel operations started emerging with the increasing working load. The importance of these issues that are under the control of HR grew bigger; and together with this, so did the labour requirement. On the other hand, occupational specialisation trend showed its effects here as well, as in any other sector; personal operations left and Human Resources then replaced it. 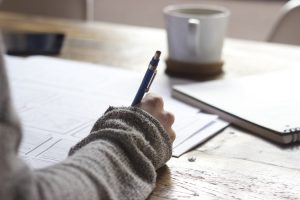 We all know this story.

But this story is wrong.

Neither did PO become HR. The pieces on the chess board were scattered when the PO setup didn’t meet the needs of the time. It was reorganized according to the needs of the day. HR took on some of the responsibilities of PO but some others were distributed to other units.

This change should be a guide in our reading of the future.

As companies regard for human efficiency, performance, happiness and organizational forms for business and realizes how important these are for the success of the business, the need for a new human management unit increases. The third wave HR seems to be on the horizon.

Just as happened in the past, we’ll go through a big change moving forward. But this change won’t happen as Human Resources leaving and the next version of the traditional HR replacing it.

The HR as we know it will leave, its responsibilities will be scattered on the chess board, and a new department will be organized with the left out and newly added responsibilities.

What will be in the Third Wave HR that is not in the Traditional HR?

Remember, first of all, that we live now in a world that sleeps, breaths with data. So HR will be the host for the departments that will answer questions on how to create the utmost efficiency. Big and Small data will both be handled.

Analysis based on data will play a great role as a decision-support mechanism in all processes from hiring to firing. HR Analytics will become one of the most important units of HR.

The employees of these units will include graduates of natural sciences and engineering just as much as social sciences. The most important difference of the HR analytics will be their shedding light into the future. Otherwise, HR today also uses employee data and analyses it to understand the past and the future. HR analytics will make predictions for employee loyalty or quitting rates using foresight models and developed artificial intelligence systems to look at today’s picture.

Does luck determine our corporate culture? What should the role of Human Resources be?

Every company is an ecosystem with their own internal variables. This ecosystem lives in unity. So changes happening in one part of the system (for example, narrowing down IT teams) affects other parts (business flow of the teams working in technical purchases, for example). So, long-term success of a company needs teams that view things holistically.

The most important factor affecting the behaviour of every person working in the company – without exceptions – is corporate culture. Corporate culture is usually determined based on the values of the founder partners of a company; or in very big companies, through long projects.

Corporate culture is a behaviour protocol. It determines what everyone can or cannot do, and how to behave. It includes the values that directly affect the behaviour and decisions of the individuals and teams in the company. Corporate culture, then, is some sort of a nonverbal list for “acceptable and non-acceptable behaviour”. So it is too important to leave to chance. The importance of this will be increase over time.

For example we have known for quite a while that increasing one’s stress level decreases problem solving skills. Despite this, I can vividly imagine scenarios where a manager is shouting at an employee trying to solve an important problem. Another important example is this: it works to motivate people through monetary rewards in very simple, repetitive, and cognitively simple jobs that don’t require complex skills. So if you tell someone whose main job is to enter as much data as possible on Excel that he will get monetary rewards if he performs better.

But the situation is just the opposite in jobs requiring creative problem-solving skills. The offered money reward blocks one’s capacity when trying to solve a complicated problem. Focusing on the monetary reward kills creativity.

Teams made up of psychologists and behaviourists that get tens of psychological factors like in the examples , explained to the managers and used for better performances will hold a main and independent role in the HR of the future. 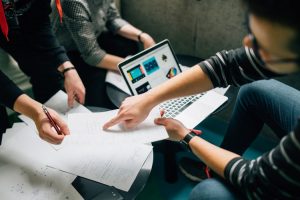 You cannot fight everything alone; collaboration is a must. Human Resources Management must create collaboration.

We keep saying that everyone working in a company is responsible for their own performance. WE think “every man for his own”. It’s possible to say that everyone who has worked in corporations has experienced the individuality and competitiveness of the business life.

But there’s a contrast here.

Everyone who has risen to the management positions of a company can see this clearly: It’s not only competition that matters, but also collaboration. If no one in the company collaborates and everyone is in competition with one another; it is impossible to move from point A to point B. You might have a team of top players, but you will still not win any games. If what you want is winning the game, the only way to do so is through getting people to collaborate.

On the other hand, we know that there are now techniques and methods to get people to trust each other and to focus on collective utility. Let’s cut it short. The most important of these is that the reward mechanism should work for teams, not individuals. It is unacceptable that a company focused on team work is not rewarding its employees in teams at least occasionally.

It tells in every meeting and management message that everyone is a part of the team, it emphasized cooperation, it tells you that you need to work in collaboration with your co-workers. But it does both performance evaluations and rewards (monetary or career-wise) completely individually. It doesn’t reward or punish anyone as a team. Do you know of an example like this?

What increases team performance? The answer to this is hidden in behavioural sciences. These need to be translated into management strategies that companies can use. It will be one of the most important issues for the HR of the future to make sure that teams work as well as individuals. Theatre actors, sports psychologist or music band members, who know what it means to collaborate, might be members of these teams.

We have answered the question of “What will be in the Third Wave HR that is not in the Traditional HR?” with four examples. I’m sure we will see needs that we cannot foresee today and solutions that will surprise us.  Trends this article doesn’t include like platform revolution, sharing economy, digital craftsmanship and open source needs carefully examination especially because they will determine how the workforce of the future will meet companies and how they will collaborate,.

Whatever Personal Operations is today, Human Resources will be in the future.

It will lose some part of its current attraction as an area of employment. Yet, a much larger and more important employment area will open together with this, as the human-related topics that we mentioned in this article increases. We don’t yet know what the name of this third wave HR will be. Maybe it won’t even have a proper name.

But we know for certain that the people profile who wants to work in this area and the place of these teams in higher management will change together with the bigger change.

The most striking point here is that all these will take place within the next 5-10 years. If you’re just entering the business world or have been working in Human Resources for a long time, I’d suggest you take these foresights into consideration to be a sought person in demand.

How to Apply For a Job: The Keys for a Job Search

Let’s Keep Your Business Safe Without Too Much…

Don’t Be Frothy-Minded, Get Focused! The Major…

5 Tips To Help You Prepare For That Job Interview